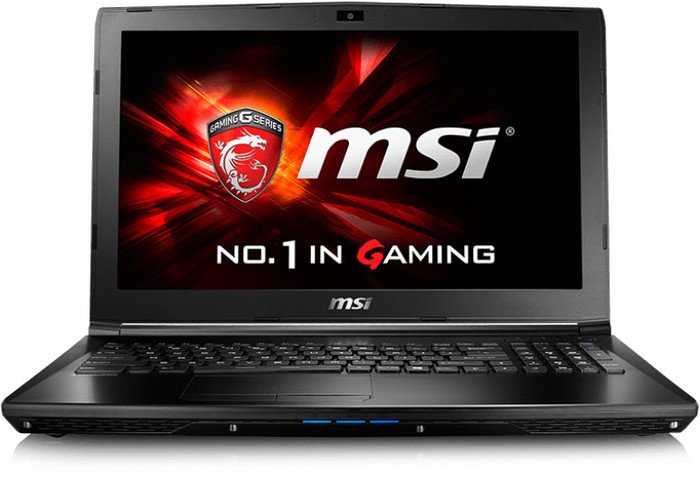 As is the case with the new class of mainstream machines, the gaming laptops tend to come in different flavors and sizes. The MSI GL62M Full HD Gaming Laptop has affirmed this concept, meaning that you do not have to be stuck with the bulky boxes that often have insane accents. These are accents that can make it difficult for you to use the machine in a professional setting. Given that its design is future driven, the laptop will mainly appeal to people who are only interested in using it for gaming purposes and nothing else.

In conclusion, the MSI GL62M Full HD Gaming Laptop spots a timeless and portable design that will prove highly appealing to gamers that are always on the move. Any person who wants to carry their games with them when traveling will find this machine handy. It does away with the hassle of having to connect to an external display, which is the case with many other machines in the market. It has an impressive performance, but compared to other midrange competitors, it cannot be said to be the best. There are many other gaming devices that provide superior components.

Unless you have set a sky-high budget, finding the ideal laptop for your gaming needs will always require you to make a number of compromises. But this premise does not apply for the MSI GL62M 7REX-1896US Full HD 15.6″ Light and Thin Gaming Laptop.

It is not only consumer friendly, but it is also one of the fairest new entries into the gaming scene. Its base specification is above board: A Kaby Lake quad-core processor, 1.0 Terabytes of Hard drive storage, 8 GB of RAM, and 126GB SSD.

These combined with its ultra-thin light profile makes the gaming machine appealing for folks who like to play even on the move.

MSI, just like its predecessors, makes use of the same case – the only difference being that this one is much thinner. And there are also a few differences. Its body is mainly made of matte black plastic that comes with a thin red accent on its rear, joined to the dual fan grilles. Given that the MSI laptops are mainly made with expandability in mind, you need to remove the MSI GL62M Full HD Gaming Laptop’s underside.

Overall, it has a stylish design and contains gaming allure in all the right proportions. Actually, this is a machine that you may be tempted to take to the office, were it not for its gamer-inspired keyboard and red accents. Portability is another aspect that MSI has gone to great lengths to achieve with this laptop. At 1.06 inches and weighing just over 5.29 pounds, this is an extremely portable gaming device.

The MSI GL62M Full HD Gaming Laptop has a 15-inch display that features a full high-definition (1920 by 1080) resolution. In addition, it utilizes In-Plane Switching technology to provide wider viewing angles. However, this particular effect is not prominent when your screen does not have the glass coating.

It features a 1080p graphics card, which ensures that you will not get to experience any performance drops. Its in-built SteelSeries keyboard has been well designed and is very comfortable. The keyboard boasts anti-ghosting key and single backlighting. It also has a well-crafted red lining pattern with a silver lining that crosses over 3 zones. Its keys are comfortable, but too much traveling can make them bouncy.

The GL62M has plenty varied ports. On the right flank, it has USB 2.0 slot, as well as an SD card slot next to the power jack. Its right side, on the other hand, holds Type C USB 3.0 slot, two USB 3.0 slots, a single mini-display port, audio jacks, and an HDMI port. It comes with an RJ-45 port that makes it possible to connect to the web. For wireless connection, there is the Intel 3168 Sandy Peak.

Its system fuses a 1TB 5400rpm hard drive, and a 256 SSD hard drive for programs and windows. It is a combination intended to provide the gamer with ample storage space. If you would like to install games on the hard drive, you can always swap the existing drive with a bigger capacity one.

When looking for a gaming laptop, the graphics card tends to be the most important constituent. This particular device packs the Nvidia GeForce GTX 1050 Ti complemented by 4GB of GDDR5 memory. This particular graphics card has been used by Nvidia to replace the GTX 965M that was previously used in the midrange models.

Although this card is a new entry, it does not necessarily translate to improved performance. Many gamers have rated it as an average performer when it comes to AAA games. Also, when its settings are toned up, you can experience issues with its playability.

For a gaming device, it has an amazing runtime of close to 4 hours. Its battery has been seen to last for about 3 hours and 42 minutes in the various rundown tests that have been carried out. This is enough time to allow you move from one destination to another.