When overworked, ROG Strix GL502VM case gets hot and becomes loud. Overall, the performance of this machine is better than that of its sisters such as ROG GL502VS.  The graphics card of ROG Strix GL502VM are not as demanding as those of its competitors. This makes ROG Strix GL502VM it easier for the power adapter to adjust accordingly to the gamer’s playing habit without depleting the battery fast.

Due to its fast SSD, the system runs well. It has a 1TB hard disk that gives a sufficient space for games and allows the two disks to be easily swapped. The matte IPS screen offers good and stable viewing angles with perfect values. The keyboard is perfect for home use, but for the typists, this might not be the right choice. 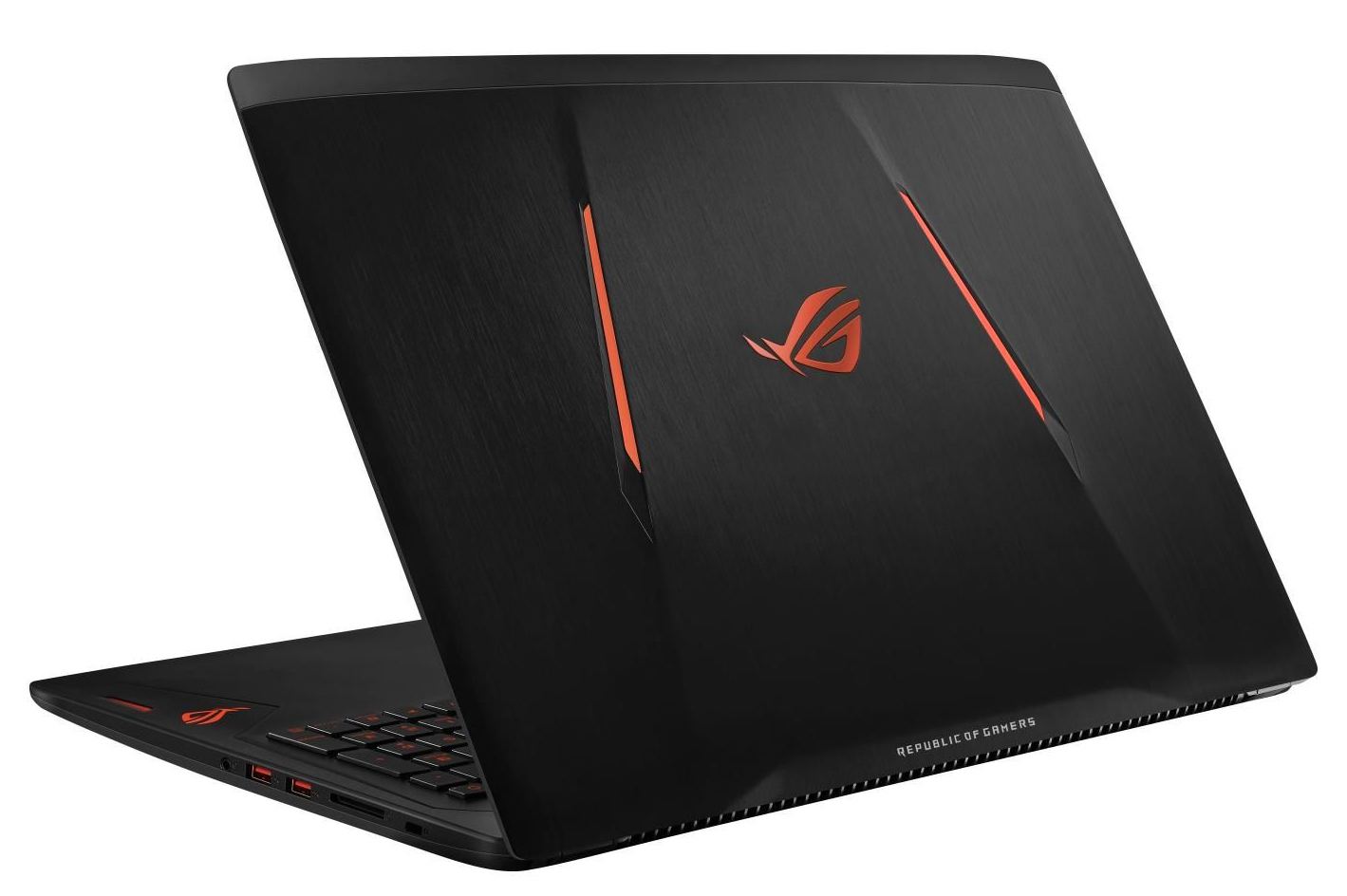 In the race for the most portable gaming laptop, we have seen great entries.  However, it is the entry of Asus ROG Strix GL502VM that has made the gaming world redefine the rules of the game.

This light gaming laptop punches way past its weight. Featuring a G-SYNC panel with a Full-HD that has 170° viewing angle and the great 7th Generation Intel Core i7 processor, ROG Strix GL502VM is the excellent choice for a gamer who would like to enjoy their game in high quality and performance.

GL502VM is equipped with a never-seen-before metallic design, slim portability, and outstanding thermals. These features have made ROG Strix GL502VM perfect all-round gaming PC whether at home or at a LAN party!

Despite featuring the 10-Series graphics and the mighty 7th Generation Intel Core i7 processor, ROG Strix GL502VM has a new light and slim design that will allow you to easily slip in a messenger bag or backpack. It is a sure bet for players who would like to take their game anywhere they go.

With the entry of GL502 gaming laptop series, questions about the USB Type C Port became more frequent. The ROG Strix GL502VM has one USB Type-C port which is compatible with the USB 3.1 generation 1 standard. However, it is apparent that ROG Strix GL502VM does not have the Thunderbolt 3 interface. This interface is featured in 17.3-inch Asus GL702VM.

ROG Strix GL502VM displays the most powerful computer design ever built in a GPU. This is true because it has 7th-generation Intel Core i7 quad-core processor together with a fully equipped NVIDIA GeForce GTX 1070 graphics that has the Pascal architecture.

ROG Strix GL502VM hardware offers powerful and excellent performance that will smoothly allow the gamer to multitask like video editing and live streaming.

ROG Strix GL502VM has a Full-HD 15” panel that matches its compact design. ROG Strix GL502VM display can be seen with clarity up to 170°, all these is possible because of the wide view panel making it impossible for any shift in colors even if you are at extreme angles.

ROG Strix GL502 features a specifically-designed Chiclet gaming board that has scissor-switch keys that are red-backlit offering you a 1.6 mm travel distance. The WASD keys that are available on this series will help you know where your hands need to be.

The GPU and CPU in ROG Strix GL502VM are cooled independently due to the presence of the Hyper Cool Duo-Copper system for cooling which utilizes dual fan system and heat pipes. This design enables gamers to use ROG Strix GL502VM for intense gaming marathons without the fear of overheating.

ROG Strix GL502 consists of DDR4 RAM of up to 16 GB, which happens to be the most recent standard in memory. Further, the improved capacity, speed, and minimal power consumption of this machine only boosts your gaming experience.

Filter Out All the Ambient Noise

The ROG Strix GL502VM array microphones are meant to ensure that there is no ambient noise. This means that with the Asus ROG Strix GL502VM, your voice can be heard clearly whether you are in a loud environment or at a LAN party.